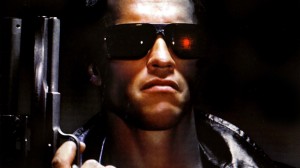 Professor Muhammad Yunus is a man with formidable international name recognition, domestic popularity and civil society –donor acceptance. So he definitely is a rival to Prime Minister Sheikh Hasina at least in terms of clout and recognition. Is this the reason behind Mrs. Hasina and her Government’s self-immolating attempts to harass and undermine Professor Yunus? Is jealousy is the only factor behind the fact the whole state craft of Bangladesh spend months after months, whole cabinet spends two hours in special meeting and octogenarian Finance Minister makes it his magnum opus to somehow device a way for the state to remove Mr. Yunus from his high held position?  It is true that when the state wants to remove a little potato like Ram Rahim Jodu Modhu – they simply can put them behind the bars for indefinite period, disappear them forcefully, kill them in RAB cross fire. The higher clout figure they go after – the more difficult it gets. Vanishing Chowdhury Alam, a unit organizer of central Dhaka BNP was much easier for the state than removing Ilias Ali, a nationally recognized leader. As such, Professor Muhammad Yunus is way much big a figure for the state to simply remove from the horizon. State of Bangladesh can stage an event to remove Muhammad Yunus – but the consequence will be too much to handle. The mind of statecraft is not that clouded yet with jealousy not to be able to think of that.

But is it only jealousy? Will not our prime Minister, surrounded by some seasoned bureaucrats, shrewd businessmen, weigh the returns before investing heavily in a venture? The serious efforts to undermine Professor Yunus should make it clear to political observers of Bangladesh that the game plan, Mrs. Hasina has for the future Bangladesh, finds Mr. Yunus the last formidable obstacle.  So the actions of the state regarding Muhammad Yunus may give us a glimpse into the future political scenario – at least as envisioned by Prime Minister Hasina – of Bangladesh.

It can be imagined that in Mrs. Hasina’s future Bangladesh, where Dr. Yunus is the only formidable opponent, Bangladesh Nationalist Party or its leader Khaleda Zia is not a factor anymore. May be Mrs. Hasina is gearing up for the time when in PM Hasina’s plan, BNP is a dissipated force, Khaleda Zia is either in jail or removed permanently from the landscape of Bangladesh politics. BNP as an organization is totally dilapidated with most of its activists – leaders either have abandoned the party, or got killed or in jail or hiding from the guns of RAB in fear of life. This is the time, where a fraction of civil society will either remain silent or blame the victim, BNP for all the mayhem it brought upon them. This will be time where the mainstream media will justify their support of the government actions by their ‘inability’ to support anti-independence forces. Shutting down one or two more TV channels or newspapers will send the appropriate signal and keep the journalists blissfully tame. This will be the time to some progressive loud voices will tell the nation how difficult it is for them to support the Government – but they had to because they simply could not imagine the war criminals get Scott free and the country again gets infiltrated by the Islamic terrorists. It will be the time the domesticated human rights organizations will suddenly keep focusing only on micro-level stuff like women’s’ empowerment, gender equality etc.

This is probably why potential obstructions are slowly removed. So that Odhikar cannot continue cataloging Government repression of the opposition and government gag on the media – Odhikar is taken out. So that one Mahmudur Rahman cannot use his fiery activist journalistic style to rile up public support against the government – Mahmudur Rahman is taken out.

How BNP will be disseminated depends on the wishful thinking of the 50 years planners of Mujib dynasty. It may be plausible that government is waiting for BNP to launch it aggressive street agitations in demand of care taker Government. That will be the excuse to arrest all top and mid-level leadership of BNP and hit hard on the street level activists. The state has already conducted a few dress rehearsals of this plan – and the planners think it is very much doable on the part of the government. It is not surprising that BNP is well aware of this plan of the government and hence very reluctant to start street agitation too early.

So when the only meaningful opposition political force it taken care of by the state – it will be the time when a disgruntled brave faction of the civil society, some stubborn crazy politicians – with full support of the restless but silent majority of 80% of the populace will try to rally under the only other powerful figure still standing – Professor Muhammad Yunus.