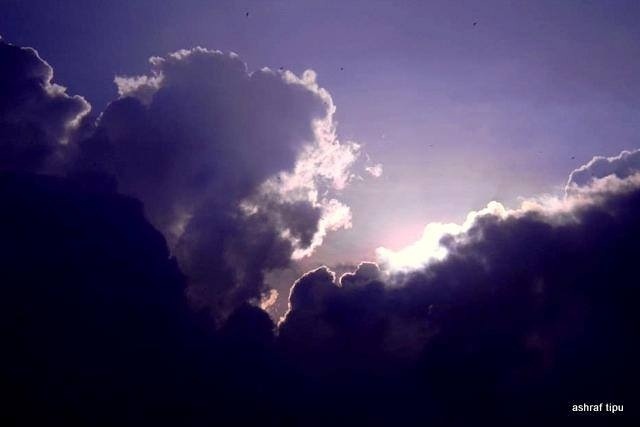 1. Why Mrs. Khaleda Zia did not withdraw the hartal after the meeting invitation from Sheikh Hasina?

2. Why PM Hasina would invite Khaleda Zia for a face to face meeting after refusing to even think of it for the last five years?

3. Why Mrs. Zia is taking an aggressive stand and showing a position of advantage?

4. Why PM Hasina and her administration seem a bit in a compromising position?

6. Why ambassador Mozena is visiting India?

The answer, my friend, in blowin in the wind. Frankly speaking, the answer to the above questions will give us the real political weather forecast for Bangladesh- will clarify which way the political wind is blowing.

So here let’s try to guess the possible answers-

1. Why Mrs. Khaleda Zia did not withdraw the hartal after the meeting invitation from Sheikh Hasina?
From her previous experience in running the government, Khaleda Zia knows each administration has a shelf life- after certain point – government cannot maintain its tight control on all of the administration and law enforcement agencies all the time – they only can control some part of the administration for some time. BNP / Khaleda Zia saw October 25 as a watershed for this administration and hoped that it would be easier to do a show of street force during a post October 25 hartal. BNP’s hope was that during any negotiation after the hartal and show of force- BNP would have been in advantage.

2. Why PM Hasina would invite Khaleda Zia for a face to face meeting after refusing to even think of it for the last five years?

PM Hasina knows what’s her game plan. She knows she will not budge. Before going to full stick approach- for the sake of her boshobgbod intellectuals, media men, 1971 merchants – she had to show a fake carrot.

3. Why Mrs. Zia is taking an aggressive stand and showing a position of advantage?

Mrs. Zia is also living in a bubble created by a bunch of self congratulating sycophants. Members of the administration are approaching both the sides in this conflict to protect their interests for the coming five years. The sycophants and these opportunist administration- law enforcement members are making top BNP leadership live with an inflated sense of optimism.

4. Why PM Hasina and her administration seem a bit in a compromising position?

This is most likely a lull before the storm. An attempt at fake nicety before clamping down on the opposition. Or may be because of foreign pressure. Only foreign country whose pressure may unsettle PM Hasina is India. Has India asked her to step down?

This may be another evidence that all the goodwill PM is extending to opposition is a ploy to buy some time. In the past PM Hasina refused to even punish open day light killers belonging to her party. She resisted all pressure to remove Abul Hossain. PM herself has been more rude at Mrs. Khaleda Zia. It does not make any sense that PM will let Hanif go for being rude at Khaleda. It may be a ploy to show goodwill.
Or it may be sign of growing pressure and nervousness within the government.

6. Why ambassador Mozena is visiting India?

That is the million dollar question. The real clue to the future is embedded in the answer to this question. Any political analyst will agree that it is only a strong pressure from India that can sway Hasina out of her plan to hold one party elections. Question, will India do that? Will Mozena be able to convince India government into pursuing Hasina to step down? I do not know. But I know this – Bangladesh’s immediate future rests on this answer.