The country of Bengal is a land where, owing to the climate’s favouring the base, the dust of dissension is always rising – so said the Mughal court chronicler Abul Fazl in the 16th century. Four hundred years later, the People’s Republic of Bangladesh has been a country where the dust of dissension has repeatedly risen among the men armed to guard the republic. 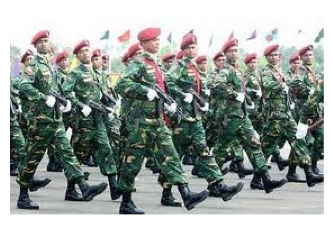 The country’s founder Sheikh Mujibur Rahman was killed with most of his family in a brutal coup in 1975. Within a decade of the country’s 1971 Liberation War against Pakistan, much of the political and military leadership of the war were either killed or politically delegitimized by successive coups. And the coups of the 1970s reverberate even today, as Humayun Ahmed found out shortly before his death — his last novel, set in 1975, has been effectively banned because his depiction of history doesn’t suit the version favoured by Bangladesh’s current political dispensation. The politicised quest for what Naeem Mohaiemen calls shothik itihash stifles the freedom of speech and thought, and sets back academia and creativity.

Of course, what actually happened in the 1970s, and beyond, should be subject to serious debate. History isn’t, after all, mere recount of dates and facts. History should be about understanding what happened and why they happened. Needless to say, one’s understanding depends on one’s own political biases.

Over the folder, I summarise major mutinies/coups/rebellions of the past four decades, and the narrative reflects my own biases and ideological prisms – just as one’s terrorist is another’s freedom fighter, so is one’s mutiny someone else’s revolution. For the interested reader, a reading list is provided at the end.

The negotiations aimed to resolve the political crisis that started with ZA Bhutto’s refusal to accept Sheikh Mujibur Rahman’s victory in the December 1970 elections collapses on 25 March as the Pakistani President Yahya Khan flies out of Dhaka. By the late evening, Pakistan army launches the Operation Searchlight — a military crackdown of the East Bengali nationalist uprising that had been in full swing for several weeks. Tens of thousands are killed, including Bengali members of the police and the East Pakistan Rifles (a paramilitary force tasked with, among other things, border patrol). 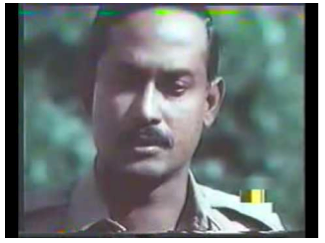 Upon hearing about the massacres, Major Shafiullah, Major Khaled Mosharraf and Major Ziaur Rahman of the Pakistan army’s East Bengal Regiment independently lead their battalions in rebellion. Major Zia (pictured above) makes an iconic radio broadcast declaring Bangladesh an independent state led by Sheikh Mujib. The broadcast is relayed around the country, and other members of the EPR, police forces and the regular defence forces (including some stationed in West Pakistan) join the Bangladeshi resistance known as the Mukti Bahini. 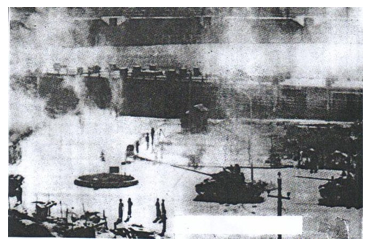 In a pre-dawn putsch on 15 August, President Sheikh Mujibur Rahman is killed in his residence, along with his family members including a pre-teen son. Sheikh Fazlul Huq Moni, the president’s nephew and presumptive political heir, is also killed. The putsch is led by Major Faruq Rahman — second-in-command of the country’s armoured units — and his brother-in-law Major Khondoker Abdur Rashid.

Major Shariful Haque Dalim, recently dismissed from the army and reported to bear personal grudge against the president’s sons, announces the coup over the radio, proclaiming Bangladesh an ‘Islamic Republic’.

Khondaker Moshtaq Ahmed, commerce minister in Mujib’s cabinet, assumes the presidency. The army chief Maj Gen Shafiullah affirms allegiance to the new regime, which is supported by most leaders of the Bangladesh Krishak Sramik Awami League (Bakshal — the only legal political party since Mujib’s imposition of a one-party state earlier in the year).

Martial law is imposed on 20 August, while the regime clarifies that the country continues to be a People’s Republic. Nonetheless, the new regime is seen as ‘Islamic’ and ‘anti-Indian’ (whereas the Mujib government was considered to be ‘secular’ and ‘pro-Indian’). Meanwhile, the majors leading the putsch remain outside the army’s formal chain-of-command with their tanks.

On 2-3 November, Brigadier Khaled Mosharraf, chief of general staff in the army, demands that the ‘killer majors’ return to the cantonment. Wing Commander Khademul Bashar supports Mosharraf and threatens to strafe Bangabhaban — the presidential palace — unless the majors surrender. A deal is reached whereby the majors are allowed to flee the country.

Meanwhile, on 3 November, four leaders who opposed the Moshtaq regime — including Tajuddin Ahmed, the country’s first prime minister who led the war effort in 1971 when Mujib was interned in Pakistan — are killed in the central jail, allegedly with the consent of the president and the killer majors. As the news of the jail killings break, pressure builds on Moshtaq to resign. 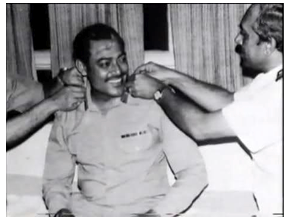 On 6 November, Chief Justice ASM Sayem replaces Moshtaq as president, while Khaled Mosharraf (above) is named the new army chief. Mosharraf is alleged to be ‘pro-Indian’, and rumours of an imminent Indian invasion to restore the Mujibist order circulate widely.

Using that rumour, Lt Col Abu Taher (above) – retired from services, and a key leader of the radical Jatiya Samajtantrik Dal – organises a mutiny of jawans and junior commissioned officers on 7 November. Mosharraf is killed, along with several dozen officers. The jawans declare Major General Ziaur Rahman – under house arrest since Mosharraf’s coup begun – as their leader.

Zia quickly distances himself from Taher’s Biplobi Shoinik Shongstha and moves to restore discipline in the army. Taher is arrested. His allies try, and fail, to kidnap the Indian High Commissioner to secure his release. By the end of the month, the radicals are suppressed. Taher would eventually be hanged in 1976.

Sayem continues as the president, while Zia emerges as the de facto strongman. But elements sympathetic to Faruq-Rashid, Khaled Mosharraf, and Taher continue to oppose the regime, and periodic disturbances in cantonments continue into the 1980s.

Zia would assume the presidency in April 1977, and hold elections in 1978 and 1979 to civilianise his government. His synthesis of various strands of Bangladeshi polity (secular nationalists, Islamists, pro and anti-India factions, socialists, the bourgeoisie) would be adhered to by all subsequent governments.

Some of the majors who led the August 1975 coup return to the country and attempt a coup from Bogra on 30 April. They are supported by the air force chief MG Tawab, who reportedly favours an Islamic republic. The attempt fails, and both the majors and the air vice marshal are exiled.

While the government is busy resolving a hostage crisis involving a hijacked Japan Airlines plane, an uprising breaks out in the air force on 2 October. This follows a similar uprising among the army personnel in Bogra. Severe fighting is reported. The uprising, allegedly led by troops sympathetic to Taher, nearly topples the Zia regime. Scores of officers and jawans are hanged in the aftermath.

President Ziaur Rahman is assassinated in Chittagong on 30 May. The local commander Major General Abul Manzur takes responsibility for the coup, and calls the rest of the army to join him. Lt Gen HM Ershad, the army chief, affirms allegiance to Justice Abdus Sattar — Zia’s vice president and constitutionally the next in line for presidency. Manzur’s rebellion fails, and he is executed while trying to escape. 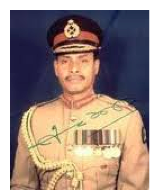 While Sattar is duly elected in a free and fair election in November 1981, Lt Gen HM Ershad (pictured above) pressures him to include the army in government. Senior officers such as Maj Gen Nuruddin Khan are sent to Indonesia and Turkey to ‘study their systems’. Sattar acquiesces by shuffling the cabinet and forming a National Security Council. But he is nonetheless toppled on 24 March in a bloodless coup, and Ershad is named the Chief Martial Law Administrator.

Ershad would eventually assume presidency in December 1983. The country would remain under martial law until elections (partly boycotted by opposition parties) in 1986.

Few weeks ahead of a parliamentary election — the second free and fair one since Ershad’s fall — the army chief Lt Gen ASM Nasim and several other senior officers are dismissed for allegedly plotting a coup.

After months of political standoff between the Bangladesh Nationalist Party and the Awami League over the election scheduled for 22 January (fourth since Ershad’s fall), the army chief Lt Gen Moeen U Ahmed (above) forces President Iajuddin Ahmed to declare a state of emergency and postpone the election. A caretaker government of technocrats is installed. Politicians from both parties are jailed, tortured and exiled. But eventually a democratic election is allowed in December 2008.

Several dozen officers, including a major general, are killed in a mutiny in the headquarters of the Bangladesh Rifles — the country’s major paramilitary.

Several officers, including a major general, are dismissed for allegedly plotting a coup.

For a general introduction to Bangladesh: A History of Bangladesh by Willen van Schendel.

– Talukder Maniruzzaman’s The Bangladesh Revolution and its aftermath, sympathetic to Zia in its analysis.

– Anthony Mascarenhas’s Bangladesh: a Legacy of Blood, sympathetic to the majors who led the August 1975 putsch.