(First published in the Daily Star on 8 March 2009.  I still want to believe, though it is becoming ever-so-hard). 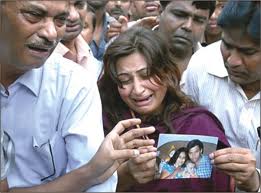 On that day, no soul shall be wronged; and you shall not be rewarded aught but that which you did. (The Quran, 36: 54).

Surah Yasin is usually recited in Muslim households when someone passes away. The above-quoted ayaat from the surah has been in my mind lately. I want to believe those words, not just in the promised day of reckoning, but here and now, in this People’s Republic of ours.

I want to believe that justice will prevail; the perpetrators will be apprehended, tried in a transparent court, and given exemplary punishment; any conspiracy or intelligence failure will be unearthed; and there won’t be any torture, extraordinary renditions, or black holes run by any government agency. I want to believe that we will have justice, because only then will we have peace.

I want to believe that our Republic will prevail. While we have focused mostly on the atrocities — understandable, given their scale — let’s not to forget that a week ago, we were on the brink of becoming a failed state.

I want to believe that we will never become a failed state. We have lost scores of bright officers, and our border remains to be secured. Our national security apparatus is incredibly stretched. It’s time we let the army and paramilitary do their jobs, and not become relief workers, firemen, or shopkeepers.

I want to believe that we never have to ask again: how could this happen? And yet, there is no getting away from the grim reality that this nightmare was true. The initial reporting suggested, seemingly reasonably, a mutiny of the have-nots.

Ours is a grossly unequal society. Rising inequality among those who share the same language, culture, and religion — as is the case for nine out of ten Bangladeshis — means an explosion is always just a matter of time.

And yet, there is more to our story. We don’t have a historically embedded feudal class or caste system. A randomly chosen senior bureaucrat, successful businessman, or acclaimed professional will have some family member in the heart of rural Bangladesh.

Unequal our society may be, but we also have had, at least until now, social mobility. I want to believe our dreams of a better day.

I want to believe that the army and the BDR accept each other as brothers that they are. And yet, blood was shed by brothers. How could this happen? Deep-seated class resentment? Conspiracy? Perhaps. But can we also deny that ours is a violent society?

I want to believe that we can control our id. And there is hope, even in this dark hour. In a country where students shut down highways when their friend gets hit by a bus, our soldiers waited, knowing their comrades were brutally assaulted, because the order to fire never came.

Our soldiers exhibited valour, not in a violent battlefield, but by not raising their arms. Our soldiers are our brothers and cousins, sons and nephews. I want to believe that we can all perform our duties as they have done theirs.

And they performed their duties because the government ordered them to hold back. Throughout this crisis, it was a civilian government that was in charge. It was that government, which showed utmost patience and yet demonstrated a steely resolve, when the prime minister said “don’t try my patience.”

Rights and wrongs of the way the crisis was handled will be debated for a long time to come. But, ultimately, it will be the people who will judge. That is the power of democracy. I want to believe that our democracy will endure.

I want to believe. I do believe in Bangladeshis. In living memory, we have secured freedom, established a democratic order, and are aspiring to be a middle income country before our 50th national birthday. In the past two years, we have beaten the spectre of famine and debilitating political crises. I want to believe that we shall overcome.

I want to be able to write that I do believe.