They plunder, they slaughter, and they steal: this they falsely name Empire (Superpower), and where they make a wasteland, they call it peace – Tacitus (56 – 117 AD)

Have you heard the one about the Bangladeshi farmer and the Indian Border Guard? 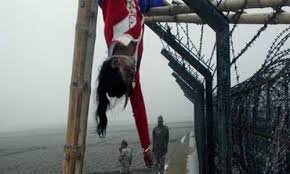 There was once a Bangladeshi farmer who was ploughing his fields with his cattle near the Indian Border. The Indian border guards (BSF) as part of their live exercises, for the sake of target practice, crossed the border shot the farmer and took his cattle. The BSF re-brand the cattle as Indian cattle and then sell it to an Indian cattle smuggler, who in turn smuggles the cattle into Bangladesh, with the help of the BSF, and sells at a premium. All this time our helpless Bangladeshi farmer is lying in his field bleeding to death.

First the the local Awami League Chairman comes along, see’s the farmer walks over the farmer, crosses the border and has tea with the BSF guards at their station.

Second, a civil society, Sushil type, Nirmul Committee member comes along, see’s the farmer, takes pictures and then crosses the border and writes a report with the BSF guards. In the report the farmer was part of international Islamist terror network, and his cattles were being used to fund that terror network, thus both the farmer and his cattle created an existential threat to the Bangladeshi state and needed to be neutralised.

Third, a correspondent from the Dhaka Tribune arrives and takes an interview of the farmer, noting down all the facts, then writes a sympathetic piece in the paper about the problems faced of being an Indian Border Guard.

The above comical anecdote sadly reflects the state of affairs that is amongst the ruling clique, political and civil in Bangladesh. A culture of submission to an aggressive foreign power, which regularly kills citizens of the country, interferes in domestic politics and is economically exploiting the country’s resources. It is a culture of subservience which permeates the ruling Awami League, to a myopic civil society members, whose indignity is masked by spineless corporate media.  This pro india bias was recently highlighted by former ambassador Sirajul Islam, in the Weekly Holiday. The Dhaka Tribunes role of propaganda as an extension of the state was confirmed when it and its editor Zafar Sobhan received an award by the Better Bangladesh Bangladesh Foundation (BBF) for creating a better image for the country. The other awardees are (post Rana Plaza) Bangladesh Garment Manufacturers and Exporters Association for its contribution in the garment sector, the (post internationally criticised elections) Ministry of Foreign Affairs for contribution in the field of international relations, Bangladesh Armed Forces for serving in the United Nations Peace Support Operations and International Committee of the Red Cross (ICRC) for its role during the Liberation War and Foreign Minister AH Mahmood Ali.

Policy of Appeasement – ‘Please Sir, can I have some more!’ 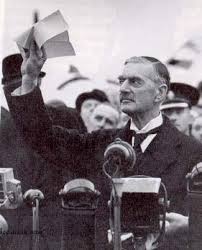 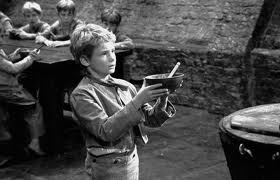 (l) Neville Chamberlain proclaiming foolishly ‘peace in our times’, after rewarding Nazi aggression at Munich 1938. ( r) Famous scene from Oliver Twist 1968, ‘Please sir can i have some more!’

This culture of subservience reached new heights, with the recent editorial by the Dhaka Tribune by its editor Zafar Sobhan, where he beseeches the Indians to extend the cricketing Indian Premier League into Bangladesh:

“The most obvious way in which to do this would be to let Dhaka bid for a franchise in the next application process and let economics sort it out. With a catchment area that would comprise the entire country in terms of local fan base, or even simply taking Dhaka as the focal metropolis, such a franchise would be a better bet than some that are already in the IPL”

The article and its timing displayed new a new marker for the paper, in its ‘Walter Mitty’, type editorial policy, a new level of a comic detachment from the reality faced by ordinary Bangladeshis. Instead of confronting criticism of the papers Islamophobic and pro India bias, the article just confirmed those accusations and further silenced an ever decreasing number of sympathisers, The reality on the ground, which the paper ignores and is insensitive to, is that one sided elections were held with the open support of the Indian government, with a brutal security crackdown with an alleged assist from the Indian army, all held against the backdrop of an increasing number of Bangladeshi citizens being killed by the Indian security forces at the border.

The content and timing of the piece could be interpreted as a rerun of Munich 1938, where instead of aggression against the sovereignty of a neighbouring country being opposed and resisted, we have a cringe worthy acceptance of the aggression by masking it up and seeking to reward such aggression, in this case unilaterally seeking an IPL franchise.

The ignorance multiplier effect – one import size fits all

The proposal shows an incredible disregard for developing Bangladeshi cricket, which can be throttled by importation of franchise and precious resources being diverted to it. Instead of advocating investment and development of local clubs, the newspaper’s solution, like so many other solutions adopted in current Bangladesh, is to import a ready made manufactured Indian solution. This is in the foolish belief that such a solution, of a single franchise, is for the benefit of development of the game in a country of over 150 million.

A similar dynamic, rather stagmatic, can be observed in every domain of indigenous social-technological development, from water resources engineering, to urban planning and education. The systematic undernourishment of our own talents is no basis for a state with pretensions of autonomy. Realise this, even (y)our foreign development partners are laughing all the way to the bank and up their career ladders

The attitude in the paper seems to be hangover of the Mujib-era one party state of the early 70s, where dogma superseded practical technicalities. Then it was the import of ill fitting Soviet blueprints, now we have the advocacy of ill fitting, counter productive Indian ones, for our politics, culture, economics and now cricket. For too long, the Dhaka Tribune and its ilk, has gotten away with weaving a fairytale of Bangladesh. Until people start complaining – and loudly too – the corporate media agenda will be shaped by supporters of government, pro AL big business and Indian foreign policy. That does not just subvert honest journalism: it undermines our democracy. 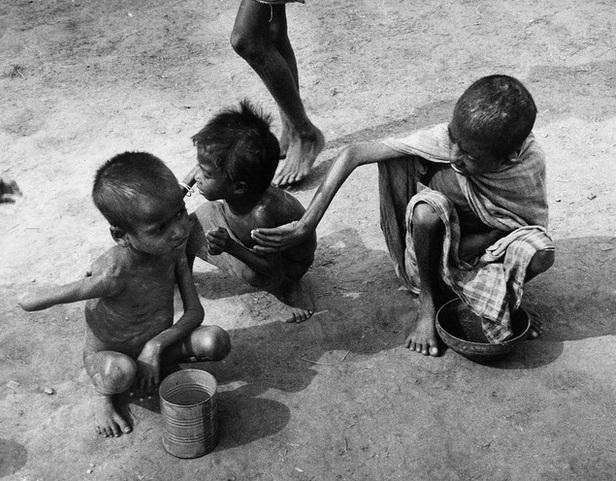 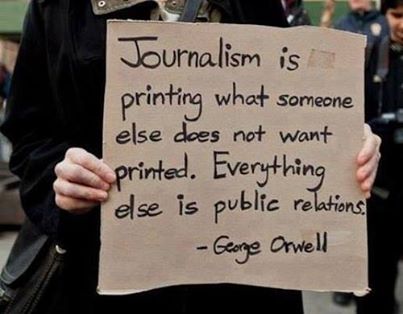 (l) Scene from the famine of 1974, mainly caused by the political and economic ineptitude of the government of the day. ( r) Memo to the Dhaka Tribune and the corporate media of Bangladesh, from a real journalist, George Orwell.